December 02, 2018
In this digital age, it is important for parents to remain aware of the following terms and the potential harm that can result. 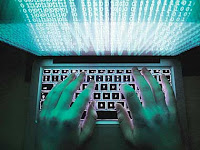 Digital Footprint  The word used to describe the trail, traces or "footprints" that people leave online.

Geo-location software  This type of software is used to identify someone's IP address, which can reveal which country they are in - right down to city and post code, organisation and specific location.  Lots of devices today also equip with GPS.  It allows the software to pinpoint the exact location of the device.

Hacking  The act of someone who breaks into computer and network systems and performs something destructively or illegally.

Identify theft  A crime in which an imposter obtains key pieces of personal information, such as driver's licence or passport details, in order to impersonate someone else.

Phishing  When emails are sent from fake email addresses in order to deceive individuals to reveal personal information, such as passwords and credit card numbers.

Sexting  The sending of sexually explicit photographs or messages.

Inappropriate content online  Any online content that is considered inappropriate, offensive or illegal for young people to have access to. This includes, but is not limited to, content that depicts violence, crime, racism, extremism, and sexualism.

Hidden/Decoy apps  Applications that look harmless, however are designed to 'hide' content such as photos, videos, and/or text message.

Social Networking Sites (SNS)  Online Platform that allows users to create a profile/account and interact with other users via the same platform, such as Facebook.

Spam  The sending of unsolicited commercial electronic messages via emails (a form of spam is 'junk mail'), instant messages, or SMS.

Grooming/unwanted contact  Actions deliberately undertaken by someone (most commonly an adult) with the aim of befriending and establishing an emotional connection with a child, in order to lower the child's inhibitions.

Cyber bullying  Occurs when technology is used deliberately and repeatedly to engage in hostile behaviour to harm someone.

Online gaming  Video games that are either partially or primarily played through the internet or computer network.

Screen time  The length of time spent using a device such as computer ,television, games console or mobile device.

Trolling  Internet slang used to describe a person who deliberately antagonises people online, with the aim of starting arguments or upsetting them - most often done anonymously.