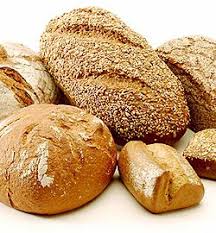 I love baking.  Following various recipes and always having a question in my mind.  What is the difference between baking powder and baking soda.  I finally got a chance to do some research on the web.  Here is the answer:

First of all, baking soda is the same as bicarbonate of soda.

Both baking powder and baking soda are leavening agents, which cause doughs to rise.  They do this via a chemical reaction that releases carbon dioxide gas.  This gas then forms bubbles in the dough, causing it to rise.

Baking soda is pure sodium bicarbonate.  It needs some sort of acid to activate the reaction.  So it works in recipes that include acidic ingredients like buttermilk, sour cream, lemon juice, yogurt, etc.  The reaction begins immediately upon mixing the ingredients, so you need to bake recipes which call for baking soda immediately, or else they will fall flat!  Beware if you were to try to substitute baking soda for baking powder in a recipe where no acidic ingredient is present, there will be no release of gas and the dough won't rise.

Baking powder, on the other hand, is nothing more than baking soda with some sort of acidic compound already included. The baking soda and the acidic compound won't react together until they are moistened, which causes the two chemicals to mix.  It is available as single-acting baking powder and as double-acting baking powder. Single-acting powders are activated by moisture, so you must bake recipes which include this product immediately after mixing. Double-acting powders react in two phases and can stand for a while before baking. With double-acting powder, some gas is released at room temperature when the powder is added to dough, but the majority of the gas is released after the temperature of the dough increases in the oven.

There are other types of leavening agents. Yeast is made up of tiny micro-organisms. When they consume sugar, they release gas. Steam can also be used as a leavening agent. This technique is used in making puff pastry, where the dough is folded over again and again, forming many thin layers. The steam that is released during cooking puffs up the layers, causing the dough to rise. Air can also be beaten into to doughs and batters through the creaming method.